Otto has been training since November for his new handler, but some bad news has come up--Otto has terminal cancer. His handler says it better than we ever could: "Dear Friends, It is with saddened hearts that we make this post about Otto-the service dog. Otto became ill several days ago and after running tests, the doctor said that Otto has Canine Lymphosarcoma (cancer) and is very, very ill. After visiting with his trainers, we, together, we have decided that it is best for Otto that we let him go. Otto will live out his last few days with his trainers. When the time comes, the plans are for Otto to be cremated, with a portion of his ashes to be buried overlooking the Mississippi river near where Otto lived. A small portion of the ashes will be given to his handler so that Otto can be 'brought to his new home,' just as we have planned to do on September 3rd. Our hearts are broken and grief has intruded. After much thought and prayer, we have decided to begin the process of having another service dog trained by Pawsitivity. The process will take somewhere between 6-18 months for a dog to be selected, matched and trained for his handler's specific needs. We want you to assure you that the gifts you gave to help bring Otto to our home, will transfer over to the new service dog, when selected. We thank you for all your prayers and support over the past months and as we move forward. Blessings..." 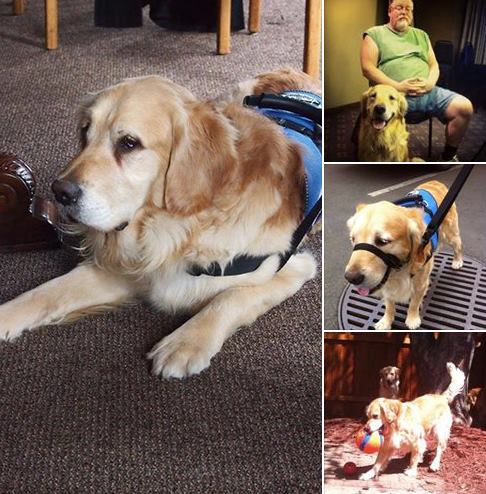