Service dogs can go to public buildings, private offices, and nonprofit centers (including churches) that are available to the public. They can't stay in the aisle, however, because they would block people from walking, and they're not allowed on seats (they have to be on the ground). Also, when a dog would interfere with the mission of the place, they can be prohibited (an example would be a sterile operating room). But if the person with a disability is allowed to go somewhere, generally the person's service dog is allowed, too, so the dog can help them. Some places, like airplanes or rental housing, have laws that allow other kinds of helper dogs, such as emotional support dogs, but the rules for service dogs still apply. The following photo is of Henry and his service dog, Bailey. 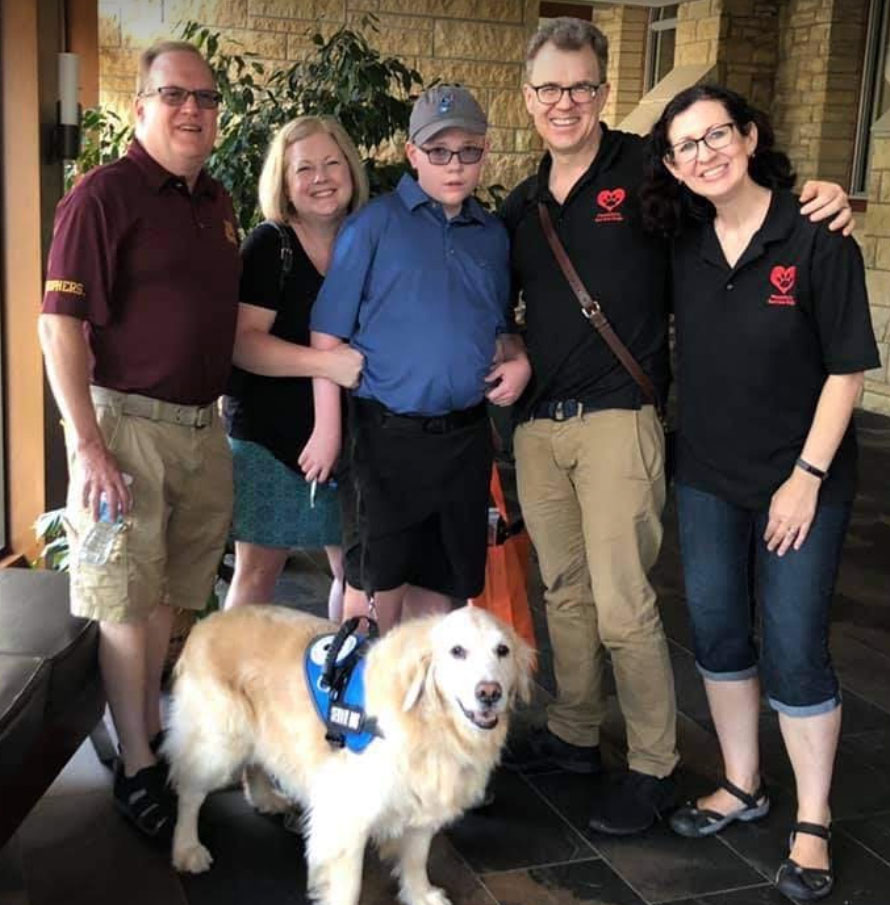 The main law that talks about where service dogs are allowed to go is the US federal ADA, or Americans With Disabilities Act. There are other state laws that can apply, as well, but it's usually the ADA law that is referred to. Schools can be a special case because a child with a disability may not be able to take care of their service dog (this is often called "third party placement", where the third party e.g. the parent, is the one actually handling the dog).

A service dog should be well-trained enough to be comfortable in all places the hander with a disability is likely to go. Service dogs are allowed on public transportation, for instance, such as buses, subways, and trains, and the dog should have enough positive associations with noisy, crowded places that they feel comfortable traveling with their handler.

Allergies are not enough of a reason to ban a service dog--both the person with the allergy and the person with the disability should be accommodated. The solution may require different management depending on the circumstances, but the general rule is that people should try to accommodate both people, even if it's not easy.