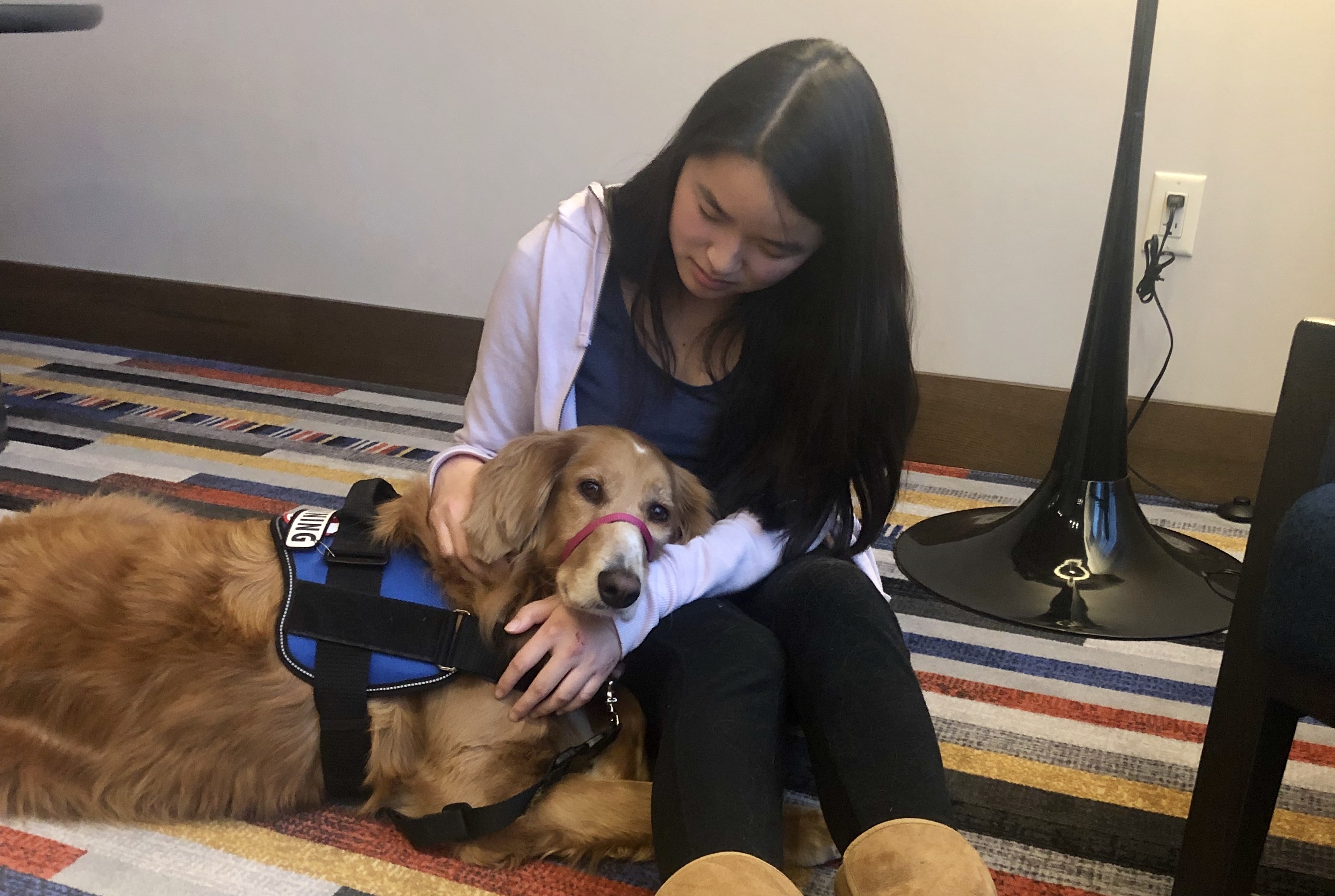 My story: In late high school, I started experiencing anxiety and depression. I worked hard to change these feelings into anger, thinking that I was edgy to be so rebellious against the status quo. (Spoiler alert: anger doesn’t help these conditions.) It wasn’t until college that I realized how much compensating I had to do in my life, merely to get by. High-achiever that I was, I would do all my course reading and papers ahead of time, not because I was innately organized, but because I knew that depression could hit at any time (and if I was depressed, I couldn’t get any work done). I also overcompensated for my feelings of despair by smiling all the the time, affecting a good mood in order to be around friends that were having a good time (and then their mood would cheer me up). As the years passed, I eventually got antidepressants, learned to exercise more, and reframe my thoughts so I wouldn’t think pessimistically. My father was a United Church of Christ minister, and for twenty years I worked as a minister under his direction, performing wedding ceremonies, commitment ceremonies, baptisms, and facilitating premarital education classes. Then my father died.

The great historian Arnold Toynbee, who from 1918-1950 was perhaps the leading specialist in world affairs, wrote “When historians look back at the 20th century, they won’t have much interest in things like communism and capitalism: those will be ripples in the great historical picture. What will be really be significant is the impact of Buddhism as it enters the West, because Buddhism has transformed every culture it has entered, and Buddhism has been transformed by its entry into that culture.”

When my father died, it rocked my world. I had hero-worshipped him for years, and suddenly my spiritual mentor and my role model had disappeared. I was lucky, though, because a month after he died, I stumbled upon a passion that not just changed me, but has driven me to help others.

While meditation has personally helped my life tremendously, today's youth has many more challenges than my generation. For instance:

Unfortunately, the answer (meditation) that some people have found to help combat isolation, distraction, social anxiety, and fear, is not used by many who need it the most, because the very act of focusing on one’s own thoughts can be too triggering. Even when trauma isn’t involved, people with psychiatric problems are often so distracted from their own interior world that they cannot take even start the first steps of meditation.

I feel very blessed to work with service dogs, and as Executive Director of Pawsitivity, to have the agency to create a program I believe in: Nama-Stay, the first program in the nation focusing on meditation with service dogs. Read more on our page about Psychiatric Service Dogs.

Note: If you, the reader, is feeling desperate, please visit the online chat at http://www.suicidepreventionlifeline.org (and if you are outside the U.S., go to suicide.org for a list of international hotlines). If you’re embarrassed, just say you wanted to chat for a bit, or that you had some questions.