Dog-loving visitors at the White House sometimes wonder why they see several breeds of dogs there, even though the Secret Service uses exclusively Belgian Malinois. The answer can be found a great book, "Secret Service Dogs: The Heroes Who Protect the President of the United States" by Maria Goodavage. Ms. Goodavage writes about the bomb-sniffing PSCO dogs that are used in the White House that are non-Malinois breeds like Labrador retrievers and Springer Spaniels.

The anacronym PSCO stands for Personel Screening Open Area. The program use these non-Belgian Malinois began in 2014 because the Belgian Malinois scare people and thus people move away from them (which is what you don't want when the dog is supposed to sniff out explosives people might be carrying). These bomb-sniffing PSCO dogs are also known as:

These "Friendly Dogs" (the term used most often) are working dogs and they wear a black vest. Friendly Dogs are friendly, but they still shouldn't be petted by visitors because they have an important job to do. If you want to ask questions of the handler, they might give a quick answer, but since they're working, the author says that a Secret Service employee will often come over to answer questions, instead.

Parade magazine had an article on White House dogs with this picture by Maria Goodavage: 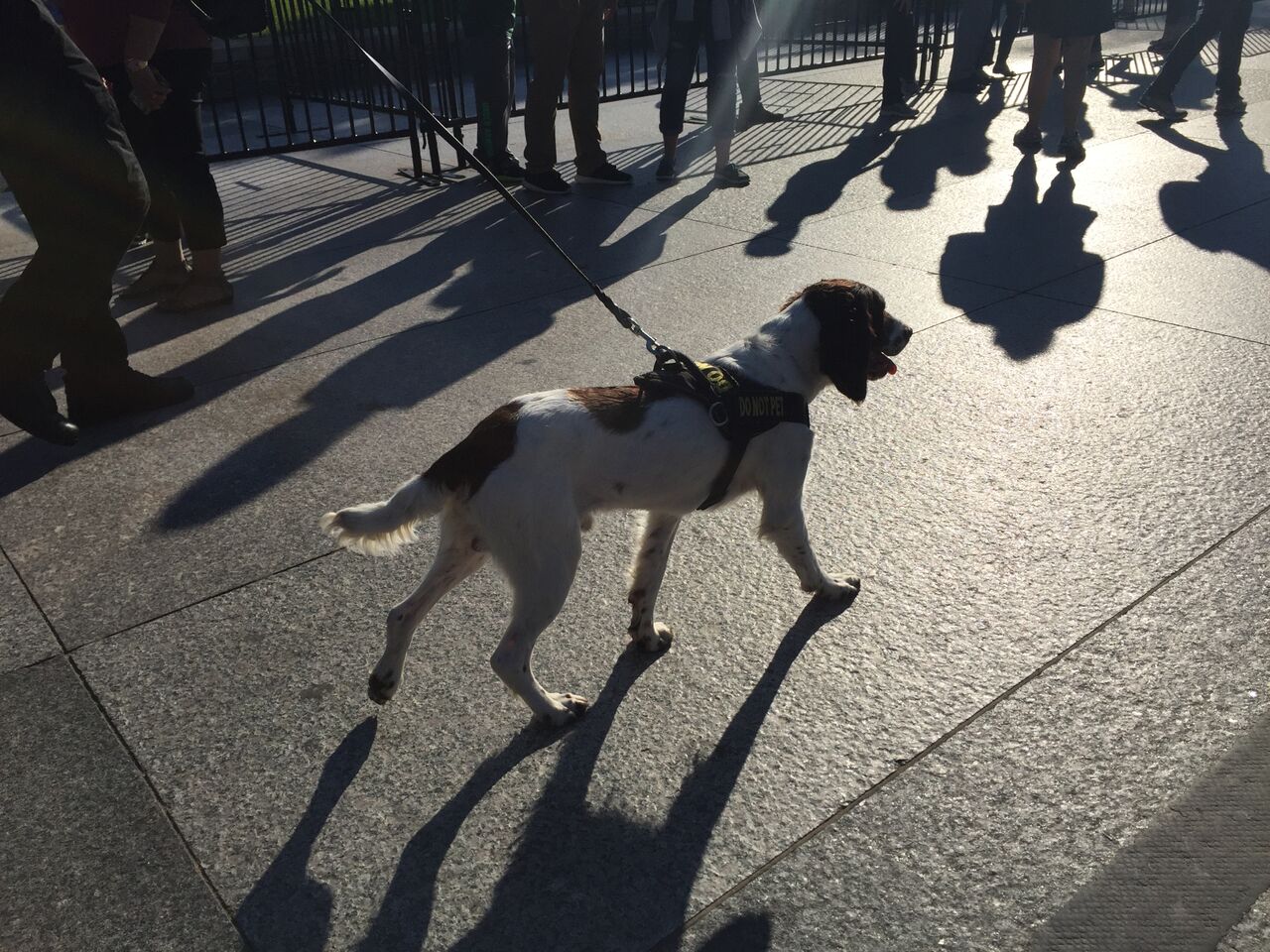