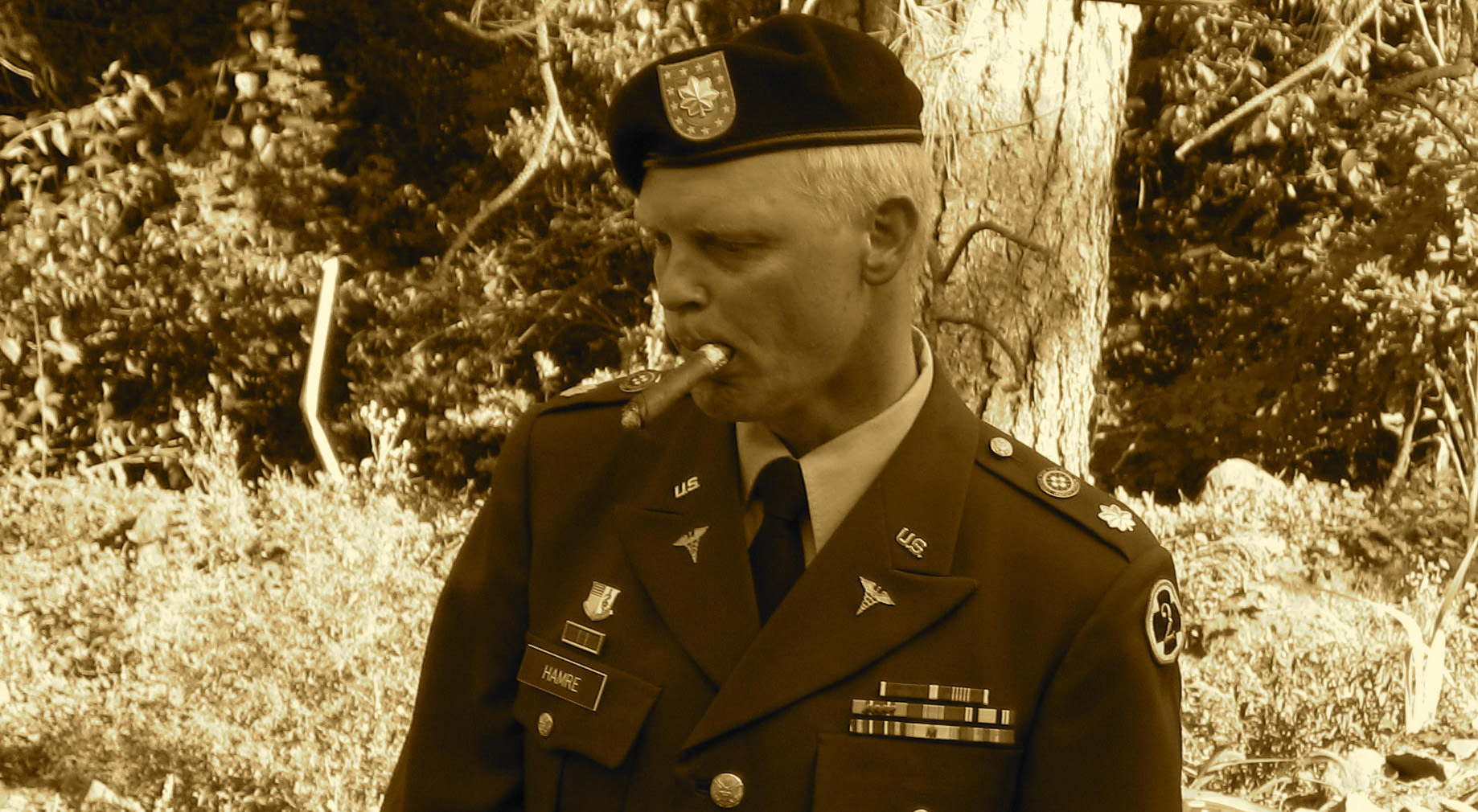 In Honor of Daniel Hamre

Donate in memory of Colonel Daniel Hamre and 100% of your gift will be used to train service dogs for U.S. military veterans.

Daniel Wayne Hamre was born Aug. 5, 1960, in Fargo, North Dakota. He attended high school in Lynnwood, Washington, where he was an athlete first in football and then as the top varsity player in tennis. Dan started college at Washington State University then switched to Texas Tech University, where he finished both undergraduate and medical school and became a physician.

During medical school Dan joined the U.S. Army Reserves. He became an accomplished general and vascular surgeon and for a time worked at a clinic in La Grande, Oregon. During Operation Iraqi Freedom in the early 2000s, Dan was called up and served two tours in the Middle East, operating on the wounded in a forward surgical hospital. He saved many lives and was awarded several medals during these tours including a Purple Heart, Bronze Star and the Valorous Unit Award for the 915th Medical Detachment.

Dan was injured and returned from the tour disabled. He attained the rank of full colonel and received an honorable discharge from the Army in 2007 and lived much of his remaining life in Boise, Idaho. Daniel passed away at his home in Boise on Saturday, Aug. 6, 2022.