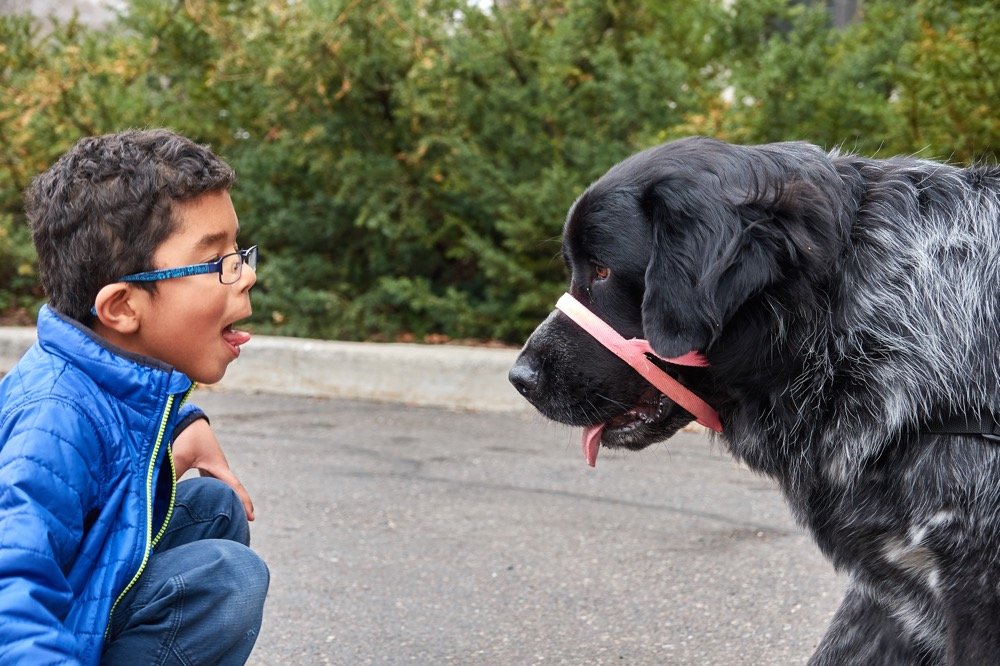 How these special dogs can be used to help children learn about how other people feel.

Children along the spectrum are often perceived as not being empathetic, but their reactions to animals are often quite different from their reactions to other people. By encouraging this empathy with the Service Dog, empathy can then be learned and transferred to people, as well.

Since children with autism often have trouble with recognizing emotions on human faces, and often they have a difficult time learning to read and understand people’s emotions. A dog's play-bows, wagging tail, and thirsty panting are big clues that are simpler and easier to recognize which can facilitate learning of more complex cues in the future. 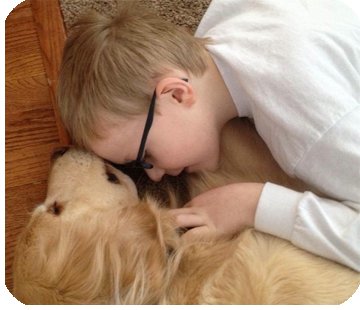 hildren with autism are often more empathetic and sensitive than we might think as evidenced by the nurturing behavior often observed toward a service dog. A child who will not want to be touched by people may be quite comforted by the furry touch of their service dog. A child who frequently displays anger or aggression to other people can become quite gentle with the dog. By encouraging these types of interactions with their service dog, the child can eventually be taught to use these positive behaviors when interacting with other people.

Children with autism and dogs (in general) are highly attuned to body language. Although dogs can learn to respond to verbal cues, they are much more responsive to hand signals; this is highly advantageous for both non-verbal children with autism as well as children who have not yet learned to speak, as it provides an opportunity for direct, non-verbal communication.  Service dogs often appear to read a person’s mind because they are so adept at learning to read a person’s body language.  Capitalizing on the autistic child’s and service dog’s preference for and ability to communicate non-verbally fosters a particularly involved and beneficial relationship between the child and the dog.

Children with autism, many of whom are non-verbal, often create their own hand signs for training, to which the service dogs learn to respond. These new cues the child has invented can lead to more interactions that are unique to that particular child-dog relationship and result in not just a positive experience with the service dog, but improved self-esteem for the child as he or she trains the dog to learn new cues.