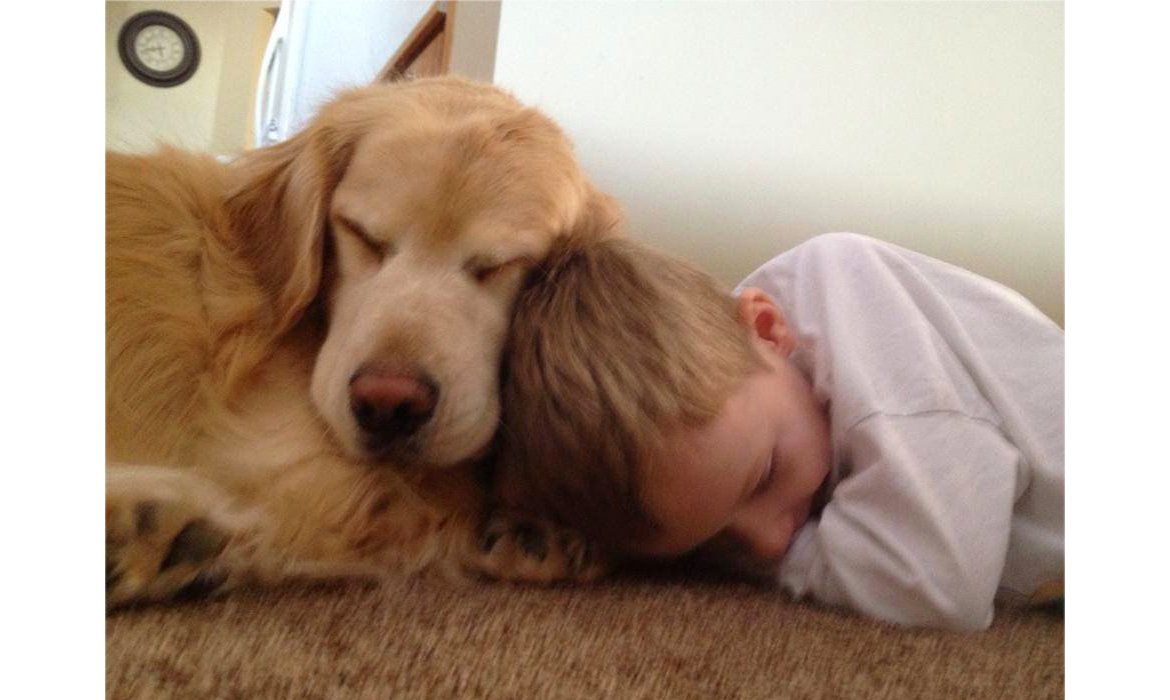 There are no power-plays with a service dog and the parents can encourage the child to learn to "self-soothe" using their service dog.

As many people living with children with ASD know, meltdowns are much more extreme than mere tantrums and often lead to the children lashing out physically. A meltdown is best defined as a total loss of behavioral control, and a child in the middle of a melt-down desperately needs help to regain control.

Meltdowns arise, in part, from an inability for a child to soothe themselves. Although there may be times when the child cannot be soothed by a parent, teacher, or a caretaker, a service dog can often help prevent a tantrum from escalating to a meltdown.

How a Service Dog can help

Even in cases when the service dog cannot prevent a meltdown, the service dogs often help soothe the child afterward. This process occurs in several ways:

What happens if, during a melt-down, my child hits or thrashes out at the dog?

According to a recent study:

"Some of the more aggressive children would hit or thrash out at the dog, startling the dog and causing the dog to move away from the source of physical abuse. Fortunately, the dogs developed a learned sense of when to move into distract or comfort the child and when to move away to avoid the child's anger."[1]

Often when children wake up in the middle of the night from night terrors or has insomnia, the dog will be right there with them to serve as a calming influence.


Acclimatizing service dog in training to the (simulated) sounds of a melt-down.