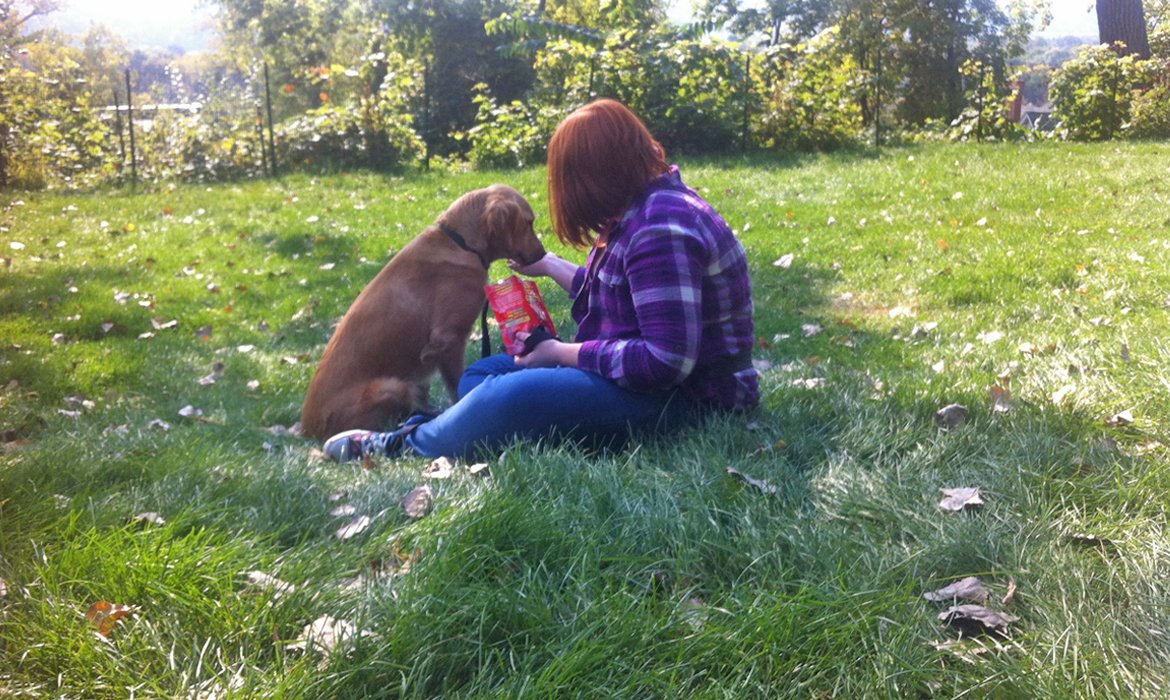 Autism can effect people in so many ways, so each autism service dog needs to be trained differently, for the individual person.

Update, May, 2013: As you probably know, in the newest 5th edition of the Diagnostic and Statistical Manual of Mental Disorders, rather than having separate diagnoses of Autistic Disorder, Asperger syndrome, and PDD-NOS, there is a single category of "Autistic Spectrum Disorder" and for those who don't meet the criteria, there is a new diagnostic category called "Social Communication Disorder".

One of the symptoms of being on the spectrum is problems with social interaction, and without understanding the "rules" of talking to others, the children can get isolated. Unlike children with more severe forms of the spectrum, most children with on the spectrum can speak, but they still have difficulties, and in order to overcome these difficulties, they need practice in social interactions. Thus, while these children often relate well with parents and siblings who have lots of patience, they often have difficulty relating to their peers. They may be teased or bullied, or simply ignored as a result of not understanding the unspoken rules of social interaction. Some children with autism don't mind not having friends, but other children get quite upset by this isolation, and feel lonely and isolated, leading to low self-esteem and low self-confidence. This isolation can start a vicious cycle, because then they withdraw even more, often giving up entirely.

It's important to break this vicious circle before depression sets in, and a Service Dog can be quite effective with this intervention. If children can get enough practice interacting with others, they stand a good chance of becoming adults with real relationships. A child with a well-behaved Service Dog always with them attracts attention from other children, and with these interactions, the child has frequent opportunities to practice rules such as not speaking too loudly (or too softly), looking the other person in the eye, and not dominating the conversation.