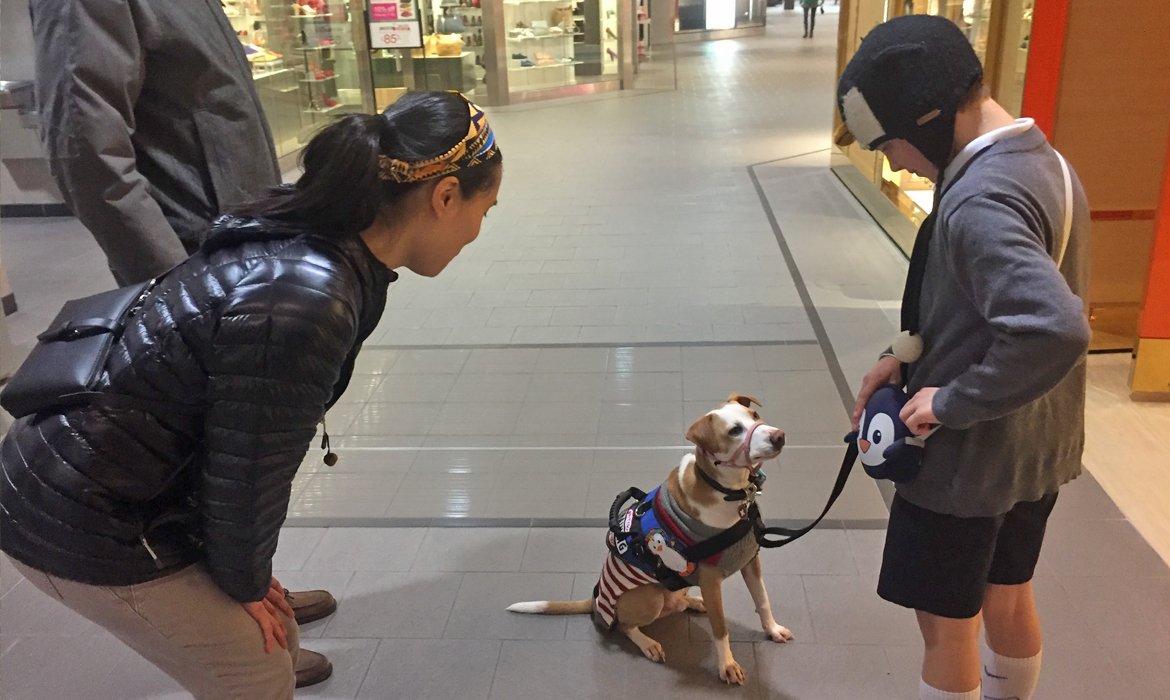 Communicating with others is difficult for anyone, but especially for a person with autism, and a well-trained service dog can serve as a social bridge. 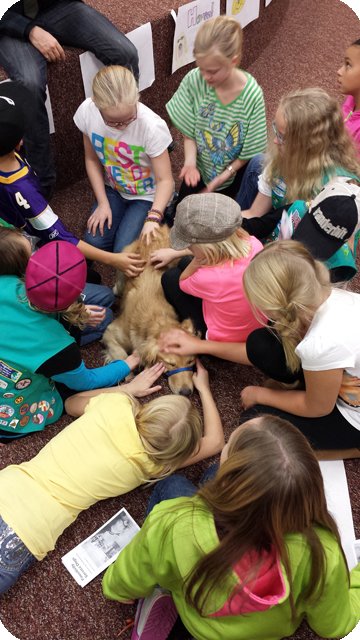 How a Service Dog Can Help

Lev Vygotsky believed that social interaction is the key to cognitive and linguistic development. For children living with autism spectrum disorder, however, normal and routine interactions with others can be very difficult. As a result, children with ASD tend to be introverted which can make it easy to withdraw into their own world. If a lack of conceptual understanding is coupled with highly introverted behaviors during childhood, people with ASD can end up completely withdrawn by the time they enter adulthood, which can lead to an isolated, sedentary lifestyle.

For all children, social interaction takes practice; difficulties in this area for children with autism might make them unable to get the practice they need simply from routine day-to-day interactions. However, children along the spectrum can be taught to be pleasant conversationalists with specific instructions such as to speak more quietly (or loudly), or to not dominate conversations, and so on. With repeated opportunities for practice, the child can become more flexible and less controlling. Using these principles, a service dog can help facilitate positive social interactions and opportunities for practice in several ways:

A well-trained dog is a kid magnet. By interacting with other children who want to pet the dog and talk about the dog, an autistic child with a service dog can get significantly more incidental, positive social interactions. In this case, the service dog acts as a bridge to social interactions which can lead to improved social skills because attention from peers and adults alike to the dog requires responses from the child.  Because the dog provides something to talk about and interact with, children with ASD are less likely to be ignored or shunned by those who might otherwise feel uncomfortable talking with the child. Sometimes, other children need a little extra encouragement to play with a child who has ASD. When other children might otherwise hesitate or feel awkward around a child with ASD, service dogs facilitate natural, fluid interactions that can lead to a better understanding of who the child with ASD is as an individual. A child with a service dog can be perceived as much more approachable, and the dog serves as a tool to initiate interaction - the child doesn't have to just rely on parents or aides to ask them questions.  Because kids and adults alike are more willing to approach a child with ASD who has a service dog, other people initiate more conversations than they might otherwise with the child directly. Many children with autism don't start conversations themselves, but can be encouraged to respond if they are approached directly. Service dogs increase this type of interaction, and consequently, the child with ASD receives more verbal stimulation.  Many people are interested not only in animals or dogs, but are specifically curious about service dogs. Because service dogs are interesting, their presence can serve as an ice-breaker; there is always something to talk about!

Standard questions and responses can be used to facilitate sociability

Since often people ask the same questions to a child with a service dog, the child can be taught stock answers that they can use repeatedly. This regularity of questioning makes things easier for the child because they know how to answer the questions appropriately. Repeated interactions can help a child develop linguistic skills, as they eventually learn how to elaborate on stock answers. In this way, when strangers, neighbors, and schoolmates initiate conversations with the child about his or her service dog, they are incidentally helping the child develop more advanced linguistic skills through what may seem like mundane interactions.

While some children with autism don't mind being friendless, others are bothered quite a bit by such isolation. A child who feels rejected or shunned can experience intense loneliness, which unfortunately, can result in withdrawal. Depression and anxiety are especially common in children with Asperger Syndrome or High Functioning Autism. Withdrawal from society prevents the exact sort of interactions that can typically help alleviate such feelings. A vicious cycle then occurs, where the very thing that can help a child is the thing the child doesn't want to do. When a child has a service dog, however, they often don't feel as alone in the world, because they have a furry friend who loves them unconditionally. When the child feels less alone, they are more likely to want to go outside into the world and interact with people. These interactions lead to more skills, eventually more friends, and the cycle then becomes a positive one, with one of the great benefits of a service dog being the creation of more possibilities for relationships.

Extra socialization for the family, as well

"People encountering families with service dogs were also friendlier, and the families were less inclined to avoid interactions for fear that the autistic child would have a tantrum."[2]